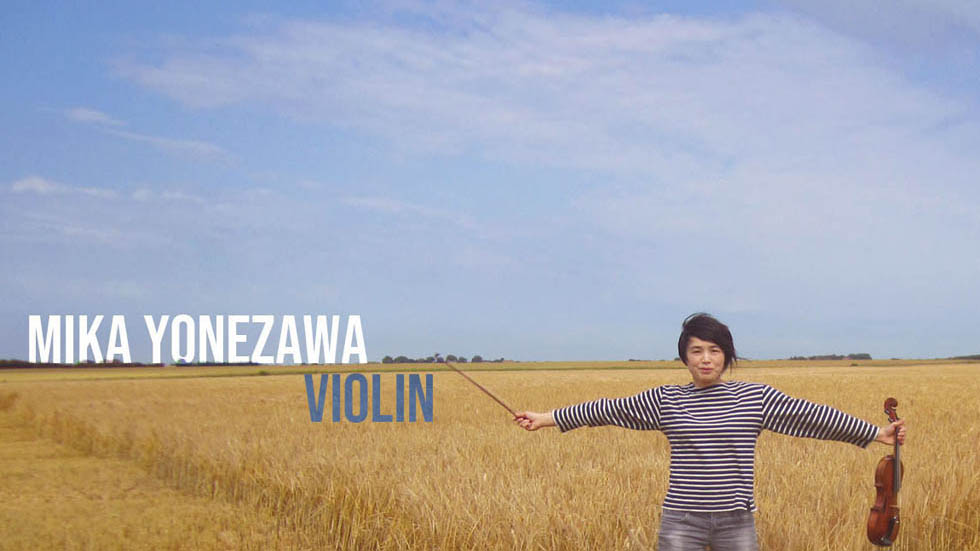 Mika Yonezawa studied violin at the Tokyo National University of Fine Arts and Music with Prof. Masabumi Hori and Prof. Bela Katona. She came to Europe to move to Berlin in 1990 where she lives to date. In 1993 she graduated with a Konzertexamen at the Hanns Eisler School of Music Berlin with Prof. Werner Scholz. She has been the deputy concertmaster at the Komische Oper Berlin since 1993.

As artistic director she has worked with various musical ensembles, including the Oriol Ensemble from 2002 to 2005. As a guest concert master of the ensemble, she played concerts in the Berlin Philharmonie and abroad.
Since 1997 she has been the violinist of the artenius trio, giving concerts in Japan and Europe. The trio released their first CD with works by Ravel and Tchemberdji in 2009, followed by a second CD in 2017 with the piano trio by Tchaikovsky. A third CD with pieces by Brahms and Dvorak is currently in production.
Since 2008 she has been a regular performer at the Benz Chamber Music Festival on Usedom, where she has spearheaded a series of chamber music performances since 2016. Mika also performed and recorded several other chamber music series, such as 10 Beethoven violin sonatas in three concerts, and chamber music cycles with compositions by Brahms and Dvorak.

Mika’s passion for the baroque violin drove her to participate in several master classes, such as one with Prof. Stanley Ritchie. She has given numerous baroque concerts on historical instruments, for example at the Komische Oper Berlin.
From 2002 to 2014 she took over the musical direction of the baroque ensemble La Capricciosa, with whom she performed semi-operas such as “The Fairy Queen” by Henry Purcell or “Acis et Galatée” by Jean-Baptiste Lully. She also led several premieres with the ensemble in Berlin, including “Miriways” by Telemann, and appeared at the Maribor Festival in Slovenia.

For Mika, working with and supporting young talent is a matter close to her heart.
In March 2015 she founded JukaBB, an association to introduce young people to chamber music and enable them to participate in chamber music ensembles as an important part of musical education.
The JukaBB – Youth Chamber Music Berlin Brandenburg project has been growing steadily ever since and is getting more participants every year.
Mika also has her own violin class for children and young people in Berlin and regularly runs violin and chamber music courses for children and young people in Japan and Europe.

The bridge between Germany and Japan can be found everywhere in Mika Yonezawa’s work. She started playing the violin in her hometown Chiba at the age of three, and she still gives regular solo and chamber music concerts there.